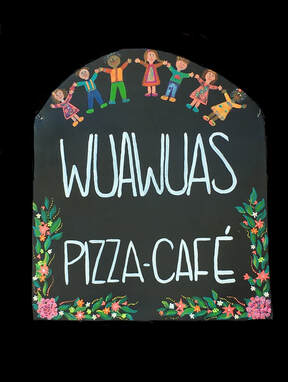 We had a 40-day campaign to raise funds for CASA VICTORIA FOUNDATION through Crowdfunding with Indiegogo. Thanks to this campaign we have helped Casa Victoria start their dream  of turning their cellar into a Pizza-Café to become more self-sustaining, to become true. GRACIAS to all the generous contributions !!!

You wanna know what this campaign is all about?

We will be posting here updates of the work that began 4 months ago of remodeling and restoring the CV “dungeon”.
We hope to have the Pre-inauguration by mid September 2016.

You can still contribute to help put the finishing touches in this unique Pizza-Café–although NOT thru the  crowdfunding campaign any more–but thru clicking  here: DONATE ONLINE  or on the tab above which says DONATE ONLINE

Have a wonderful summer! 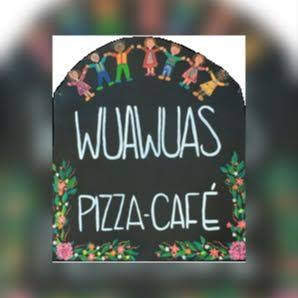 A MILLION THANKS TO ALL THE KIND PEOPLE WHO DONATED FUNDS TO TRANSFORM ONE OF THE MOST  SOCIALLY CHALLENGING AREAS
OF OLD TOWN, QUITO, INTO A BEAUTIFUL PLACE OF GATHERING AND ENJOYMENT.
BY THE GRACE OF GOD AND COMPLETE TRUST IN HIM
IT IS THAT WE ACCOMPLISHED THIS FEAT.  ​ 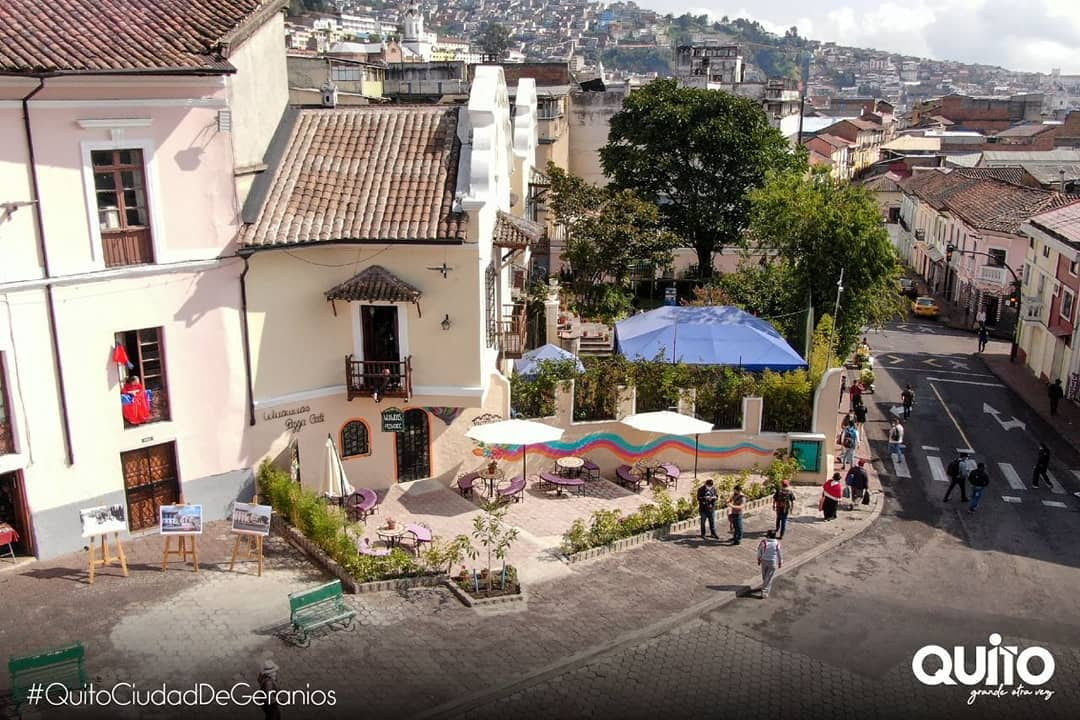 Photo taken from Mayor´s fan page, by their own communications department.
​"BEFORE" photo of place where Terraza en la Plaza stands today.  (The orange circle is to note where the garbage was dumped daily).  Date: circa 2005. 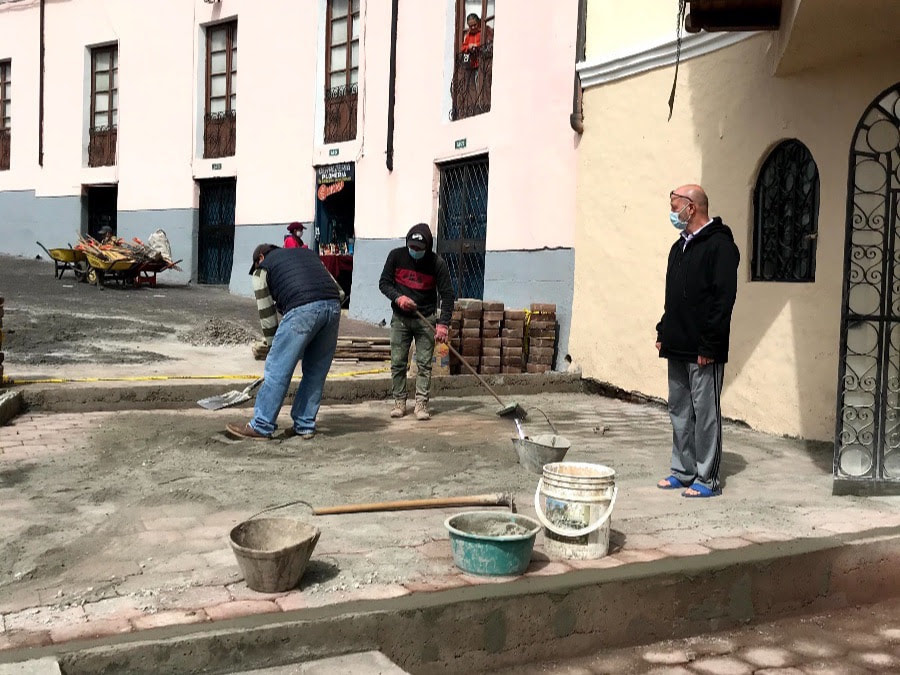 ​After 3 months of hard work, our biggest challenge was adapting and adding security measures to cement and bolt the tables and benches into the ground (so they wouldn't be stolen). 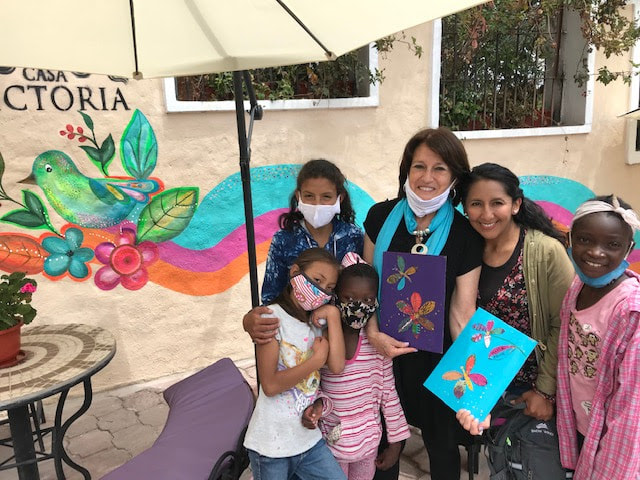 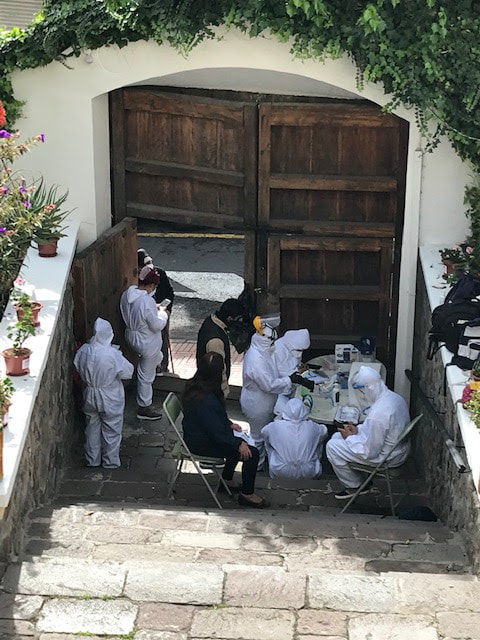 IN THE MEANTIME, CASA VICTORIA continues to support important Community Activities, such as allowing this medical team to use our Front Gate space to do free Covid testing to neighbors in San Roque. 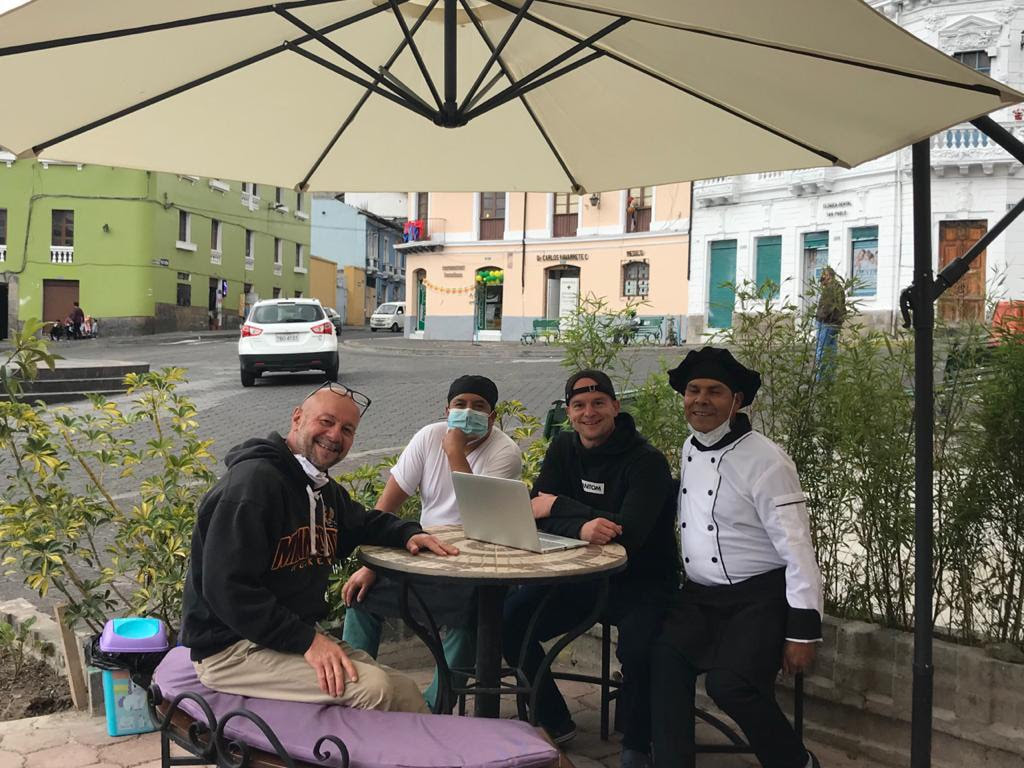 ​Who would have thought that the guys could enjoy sitting at a table in Plaza Victoria AND with an open laptop in front of them!! From left to right: Danielito G., Luis (LUIGI the Pizzaioli) Victor G. and Rigo B. (the Mejicano Chef) 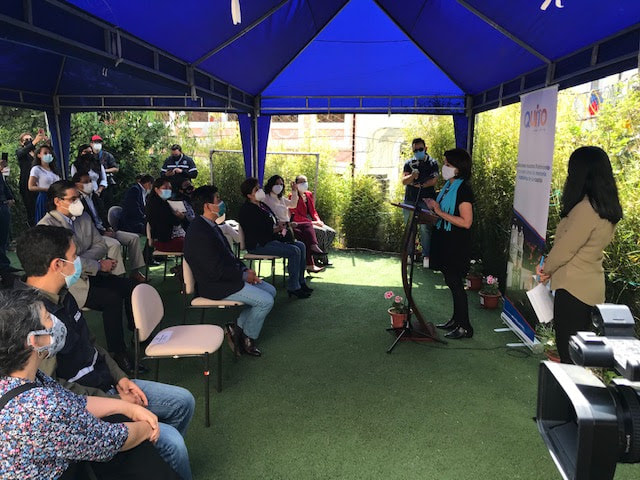 ​On Feb. 14, City Hall authorities celebrated "Dia del Amor a Quito", in our front yard.  Here,  Mamalicia thanking the Mayor and his team for all the support in improving conditions in San Roque neighborhood, especially, Plaza Victoria 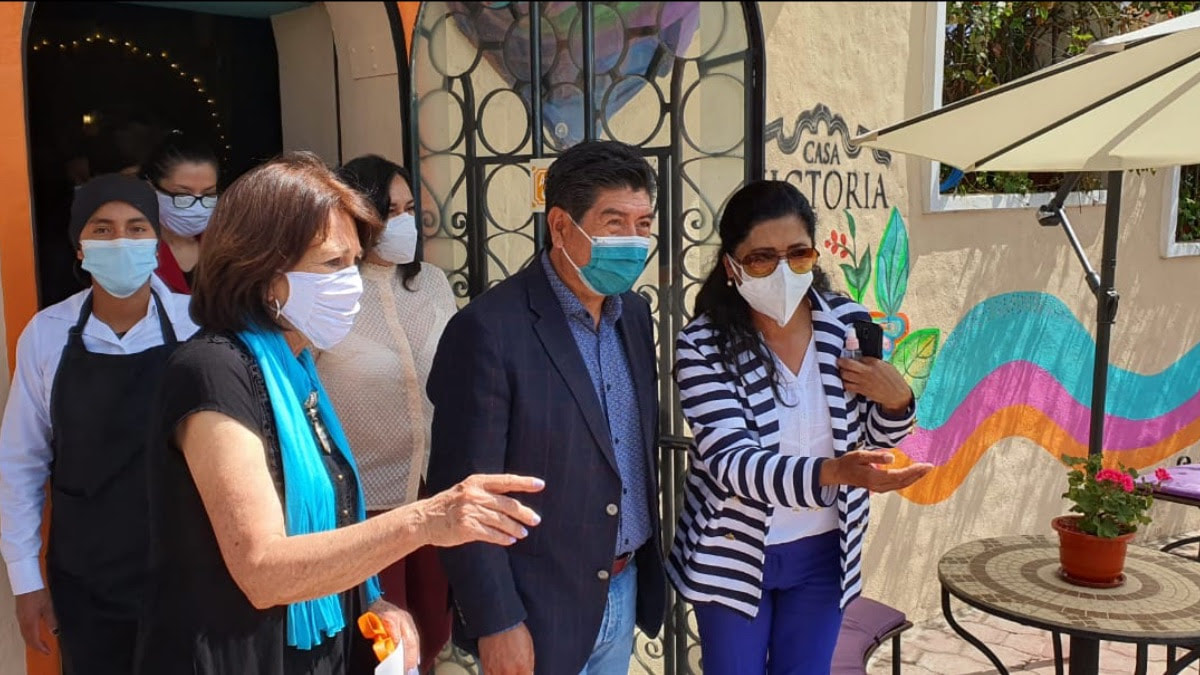 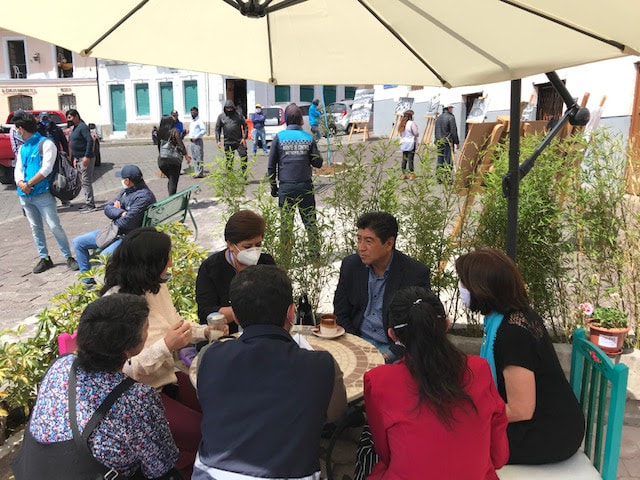 Mayor of Quito and his team enjoying WUAWUAS´delicious cappuccinos, at inauguration of Terraza en la Plaza. ​ 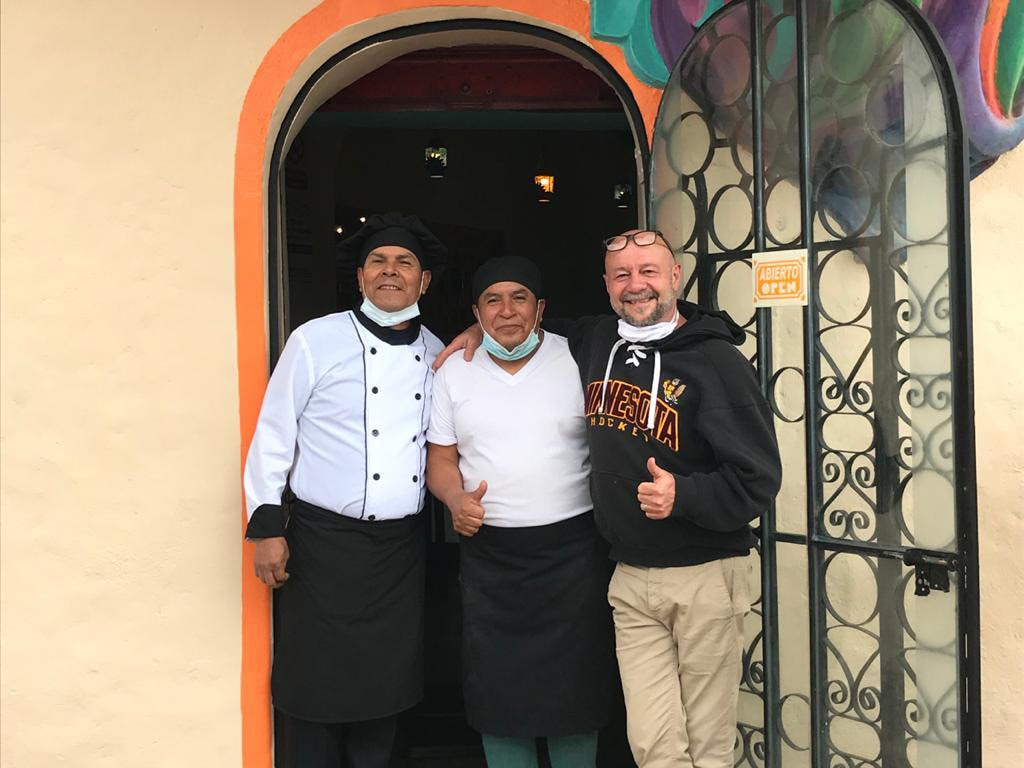 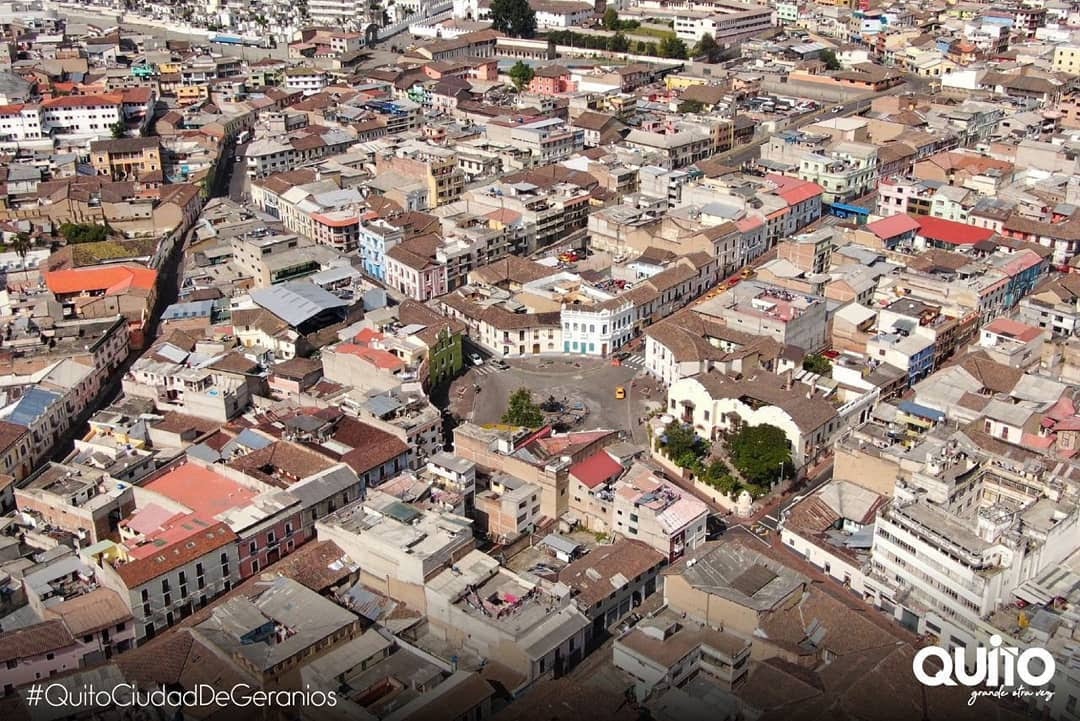 Want to change how you receive these emails?
You can update your preferences or unsubscribe from this list.
Support Us